Things are not always as they appear. A recently released report on 2017 ransomware showed that there was a decline in Q4. Considering how much malware has been in the news, that is going to make many people question what is going on. Ransomware is only one form of malware that cybercriminals use to exploit their victims. Attempts at delivering ransomware have declined, as cybercriminals move towards other forms of malware, at least right now. 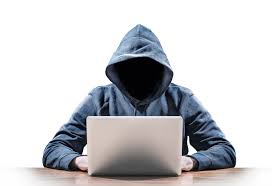 There were many strands of ransomware such as WannaCry, Petya, Locky and Cerber that caused a lot of chaos in 2017 and managed to generate large amounts of income for their criminal creators. 2017 was the year of ransomware, but a recent analysis of cybercriminal campaigns appears to show that cybercriminals are already dumping ransomware in favor of other forms of malware. Could it be that ransomware attacks have already hit their peak? Q4 of 2017 showed cybercriminals adopting other forms of malware such as trojans and spyware, and them also moving onto the likes of cryptocurrency miners and ad-fraud malware.
Cybercriminals may have found ransomware to be a less effective means of illicitly making money. However, don’t be fooled into completely discounting the risk of ransomware. It’s still a valuable means of making money for cyber criminals. We are going to continue to see new strands of ransomware introduced in 2018, as well as other new forms of malware. Due to all the news coverage ransomware attacks received, both corporations and individuals are realizing the necessity for good backup practices. This coupled with a strong security solution, are changing the evolution of malware and causing cybercriminals to work harder to penetrate victims.
There is no 100% protection from malware attacks, but there are ways to decrease your risk. 2W Tech has IT Consultants on staff that specialize in Security solutions and would be happy to work with your organization on ways to protect yourself and your organization from outside threats.
Read More:
How to Leverage Office 365 Collaboration Tools
Getting Compliant Starts with a Network Audit

Don't Be Extorted: How to Keep Your Company and Personal Data Secure

© 2020 2W Tech is a full service Epicor ERP and IT Consultant. We offer Project and Managed Services, IT Infrastructure Solutions (both hardware and software), as well as specific industry solutions. For more information, call 312.533.4033 or click here.