Turmoil Between China and Hong Kong Brings Changes to ITAR

The U.S. secretaries of state and commerce have announced changes to U.S. export controls in response to recent action by China involving Hong Kong. With that in mind, it is time for your organization to re-evaluate how you export, re-export and in-country transfer items subject to U.S. export controls, including International Traffic in Arms Regulations (ITAR). 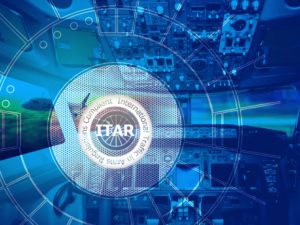 As of June, the U.S. no longer considers Hong Kong autonomous from China, basically taking away any “separate treatment” the territory enjoyed from the United States. This meant Hong Kong and China were treated separately under ITAR, giving Hong Kong favorable treatment for exports of goods, software and technology.

However, now that Hong Kong is considered part of mainland China in the eyes of the U.S. government, those exports will be subject to more restrictive controls. In fact, the U.S. will no longer authorize exports of U.S.-origin defense equipment to Hong Kong, and efforts are underway to impose the same export controls on dual-use and defense technologies for Hong Kong as they exist for China.

Commerce’s Bureau of Industry and Security issued guidance on how to navigate this transition on June 30. The guidance also allows for a 60-day transition period for deemed export and re-export transactions for licenses existing with Hong Kong persons before June 30.

The U.S. has its hands full with China on multiple fronts, anyone conducting business that involves ITAR or other regulations should be prepared to comply with new rules sooner or later. That’s where 2W Tech steps in. We have a Cybersecurity Compliance Program that is designed to support our clients’ compliance obligations. Call us today to get started.