When Epicor first introduced Kinetics, it was as Epicor’s E10 User Interface (UI). In fall of 2018, the Kinetic journey began with an active home page and a gateway to a modern and personal UX.

Epicor’s approach to rolling out this Kinetics interface has been to do it slowly through each release, adding in more screens in the Kinetic format, along with introducing a few tools for administrators to easily manage changes. Epicor’s Kinetic user interface design was developed with ease of use in mind, delivering simplified visuals and an intuitive method of use. 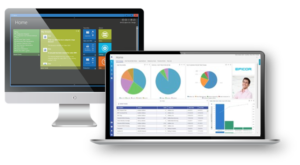 Fast forward to 2020, Epicor Application Studio was rolled out. This is a no to low code environment enabling the tailoring of Kinetic applications. Personalization became possible, as well as improved Help and Support Panel and Guided Learning. Later on in the same year, Kinetic transactional forms became possible. This included quote-to-cash forms and role-based workflows.

And in 2021, Epicor has announced the next version of Epicor ERP Cloud will be called Kinetic. What started as a user friendly and modern interface only, has now become the foundation of their ERP software.

If you want to learn more about Epicor Kinetic and your upgrade path to get there, please give us a call today. 2W Tech is a technology service provider specializing in solutions for the manufacturing industry. We are one of the largest Epicor partners in the United States and hold several Microsoft Gold certifications. Stay tuned to the blog for more upcoming news on Epicor Kinetic.

Protect Yourself from Cyberattacks Within

Kinetic is the New Name for Epicor ERP