This Just In: Microsoft Teams Reporter Mode Set for Release in July

We interrupt this regularly scheduled blog post for an update on Microsoft Teams Reporter mode!

As announced in March, Reporter mode was one of a handful of new modes that would be introduced to Microsoft Teams over the course of 2021 to help the videoconferencing app compete with Google Meet, Slack and Zoom. 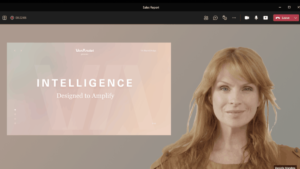 Reporter mode will show content as a visual aid above the speaker’s should just like a news segment.

A second one, called “side-by-side” mode, will show the presenter’s video feed alongside their content as they present.”

The features appear to be on schedule for release in July, according to Microsoft’s 365 roadmap site. This update is the latest in Microsoft’s commitment to gearing Teams to an audience beyond strictly business accounts. In May, Microsoft announced a free personal version of Teams to appeal to consumers, and this version will include features like one-on-video calls where users can speak for up to 24 hours.

Other new features for Microsoft Teams have already been added to the app’s roster of capabilities. Microsoft rolled out webinars for Teams on iOS and is expecting to have end-to-end call encryption soon.

2W Tech is a technology service provider and Microsoft Gold Partner. We use Microsoft Teams internally, as well as help our clients maximize the potential Microsoft 365 and Teams can bring to your business.

What is at Risk with the Security of Your Epicor ERP System?