The History of Microsoft Azure

In February 2010, the Windows Azure platform became commercially available. That’s right, it has been about 10 years since the start of Azure. With Azure being launched, the critics were harsh with their reviews of it, especially when it was compared to AWS. Microsoft took all the negative feedback to heart and they got to work. 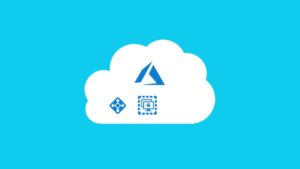 Microsoft improved Azure dramatically over time. It also added support for a wide variety of programming languages, frameworks and operating systems, including Linux. Recognizing that its cloud computing service had moved far beyond Windows, the company renamed Windows Azure as Microsoft Azure in April 2014. Microsoft continued to expand its cloud capabilities by increasing support for open source software. Azure became a comprehensive, robust cloud platform for not only IaaS, but also PaaS cloud computing models.

A few years later, they changed the Azure logo and made its tagline: Azure. Cloud for all.

Today, Microsoft Azure has an extremely large portfolio of cloud services. Pair that with Windows, and Microsoft is going to be hard to beat in the long run. Microsoft Azure has a very vibrant ecosystem with a lot of partnerships with other technology vendors, giving them unlimited capabilities when it comes to growth and changes.

2W Tech is a full-service IT Consulting firm that specializes in solutions for the manufacturing industry. We are a Microsoft Gold Partner and have IT Consultants on staff that are experts in the Azure Cloud product. Give us a call today to learn more.