A slew of new capabilities for Teams was revealed at Microsoft’s online-only Build 2020 conference. Microsoft now sees Teams as its hub for teamwork and collaboration through calls, chats and audio and video meetings, so introducing new capabilities within Teams at their first ever virtual event came as no surprise. The popularity of Microsoft Teams exploded recently due to the pandemic, as Microsoft saw daily users for Teams grow by over 30 million users from March to April. 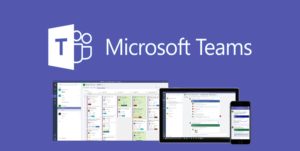 One of the newest developments is that Microsoft is bringing in Skype technology to improve Teams for broadcast events by using Skype TX combined with Network Device Interface (NDI) support. NDI for Teams will convert each participant’s video into a discrete video source that can be used with different streaming software for hosting professional broadcasts.

Users of Teams will soon see Templates released. Users will be able to pick from 12 multiple customizable templates when creating a new team. Users can create their own team name, description and channel names. Another feature within Templates is that Teams admins will have the ability to create unique templates or modify existing ones.

A few other changes include improvements with the chatbot in Teams, as well as Power Virtual Agents now supports single sign-on (SSO) for simpler authentication when using Teams for the first time.

Some upgrades with collaboration are also being rolled out.  Microsoft is adding more fluid components to its Fluid framework. Users will soon see new tables, charts and lists for both Outlook and Office.com.

Users will soon be able to schedule, manage and conduct virtual appointments through various apps. Teams is also getting new capabilities in the Shifts app, including new triggers and templates to enable auto activities when appropriate.

Microsoft continues to pour resources into bettering the already pretty stellar Teams. If your organization has not yet moved to Microsoft 365 or simply haven’t tried Teams yet, you are really missing out. 2W Tech is a Microsoft Gold Partner and we use Teams internally as an organization. Give us a call today and let us help your organization get started using Microsoft Teams.