The struggle for Microsoft appears to be continuing when it comes to updates for Windows 10 users. Recently, Microsoft advised roughly 900 million Windows 10 users to install a critical update before any others to avoid potential problems, and then confirming the Windows Update Assistant itself had a security vulnerability.  Just a few days after the latest Windows 10 update, KB4520062, was released. Microsoft is advising that some users, “should not install this update,” as it can break the Windows Defender Advanced Threat Protection (ATP) service. 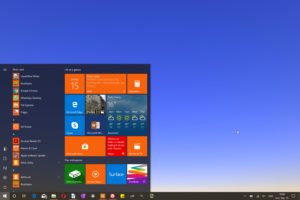 What went wrong with this latest update and who does it affect? Windows 10 KB4520062 is the second cumulative update for Windows 10 to hit users in October, and it’s not a particularly important one from a security perspective. This update includes preventing blank tiles from appearing in the Start menu when upgrading to version 1809 from any other previous version of Windows 10 and fixing an issue with the settings app failing if you change a theme. Other highlights include fixing a power consumption issue in standby mode and stopping a black screen from appearing after the first sign in following an update installation.

There is one notable problem though, as Microsoft itself stated: “After installing this update, the Microsoft Defender Advanced Threat Protection (ATP) service might stop running and might fail to send reporting data. You might also receive a 0xc0000409 error in Event Viewer in MsSense.exe.”

While this won’t impact Windows 10 consumer users, it will impact business users who rely upon Windows Defender ATP to protect themselves. Microsoft has issued a statement claiming they are “working on a resolution and estimate a solution will be available in mid-November 2019.” They continue on to say “At this time, we suggest that devices in an affected environment do not install this update.” Affected environments being those running either Windows 10 version 1809 or Windows Server 2019 along with Microsoft Defender ATP.

If you are still unclear as to whether this affects you, please give us a call today. 2W Tech is a Microsoft Gold Partner and has IT Consultants on staff that can help you navigate through this Microsoft update and guide you through what actions to take.

Your Employees Are the First Line of Defense against Cybercriminals