Yesterday for Microsoft Patch Tuesday in June, Microsoft released updates to fix 88 security vulnerabilities in its Windows operating system and related software. The most dangerous of these include four flaws for which there is already exploit code available. There’s also a scary bug affecting all versions of Microsoft Office that is triggered by a malicious link or attachment. Adobe also has its customary monthly security update for Flash Player. 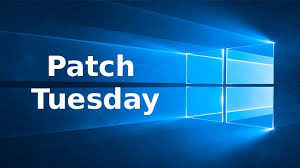 Microsoft has stated that it has seen no exploitation against any of the four flaws that were disclosed publicly prior to their patching this week, nor against any of the 88 bugs quashed in this month’s release. Most of the critical vulnerabilities, those that can be exploited by malware or miscreants to infect systems without any action on the part of the user, are present in Microsoft’s browsers Internet Explorer and Edge. Microsoft also pushed an update to plug a critical security hole in Adobe’s Flash Player software, which is waning in use but it still is a target for malware purveyors.

Windows 10 likes to install patches all in one go and reboot your computer on its own schedule. Keeping your Windows patches up-to-date is the only way to keep your organization safe. Do yourself a favor and backup your files before installing any patches. If you run into any snags with this months patches, don’t hesitate to give us a call. 2W Tech is a full-service IT Consulting firm that specializes in solutions for the manufacturing industry. We are also a Microsoft Gold Partner and would be happy to assist you with your monthly Microsoft patches.