The COVID-19 pandemic increased demand on Microsoft Teams, which in turn put a strain on the Azure data center. Since the beginning of March, Microsoft has been trying to address the Azure capacity issue as quickly as they could. Like the rest of the world, they weren’t prepared for what this pandemic was about to bring to us all.  In addition, new supply chain challenges also led to a shortage of data center components, adding to the demand for the cloud. 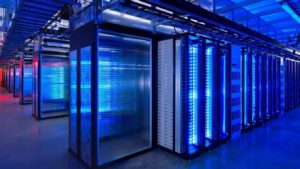 Yesterday, Microsoft announced their employees have been working in round-the-clock shifts to install new servers. Microsoft added new servers first to the hardest-hit regions and installed new hardware racks 24 hours a day. They also doubled capacity on one of their own undersea cables which carries data across the Atlantic, and “negotiated with owners of another to open up additional capacity.” Engineers triple deployed capacity on the America Europe Connect cable in two weeks, Microsoft added.

Microsoft deployed product teams and engineers to also look at the code to some of their products and in a few cases, were able to rewrite codes to make things more efficient, freeing up capacity. Microsoft Teams was made to spread its reserved capacity across additional data center regions within a week, rather than the multiple-month-long process that such a strategy would entail.

Kudos to Microsoft for reacting so quickly to Azure capacity issues and keeping all of its customers up and running during these trying times. Microsoft even mentioned they learned several things over the course of this process, so seems to be a win-win for all involved. If your business has not yet adopted Microsoft Azure, you are missing out on all the benefits it has to offer. 2W Tech is a technology service provider and a Microsoft Gold partner. Give us a call today to learn more about the Azure cloud.