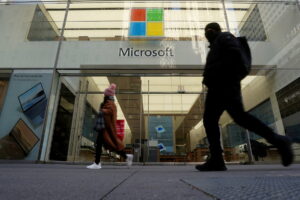 “These vulnerabilities are used as part of an attack chain,” Microsoft says. “The initial attack requires the ability to make an untrusted connection to Exchange server port 443. This can be protected against by restricting untrusted connections, or by setting up a VPN to separate the Exchange server from external access. Using this mitigation will only protect against the initial portion of the attack; other portions of the chain can be triggered if an attacker already has access or can convince an administrator to run a malicious file.”

Your organization needs to ensure you apply these security fixes immediately. Your servers may have already been backdoored or otherwise compromised. If you need help or are concerned that you have been exposed to an attack, give us a call today. 2W Tech is a technology service provider and Microsoft Gold Partner. Let us help ensure your organization is protected from cybercrime.

Virginia Joins California with its own Consumer Protection Act