2020 is going to be the year that Microsoft Azure steamrolls past Amazon Web Services (AWS).  Recently, Azure has won several big deals, even some that were anticipated to be closed by AWS. This outlook for Azure is nothing new, in fact it has been a key driver of Microsoft’s stock surging 55% the past year. Sales for Azure spiked 59% in Microsoft’s most recent quarter compared to 35% growth for AWS. The only difference is we are seeing a sudden surge of growth with new large business contracts. 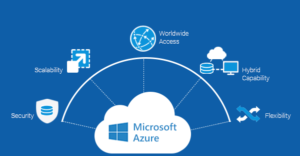 Most recently, Azure won the coveted $10 billion JEDI cloud contract from the U.S. government. This was a major win for Azure, and not one that AWS saw coming.

LinkedIn has maintained its own data center infrastructure since the 2016 acquisition, even though many other Microsoft services have adopted Azure. However, LinkedIn just announced that everything on their infrastructure is moving to Azure in a multi-year effort. The move shows that LinkedIn, which Microsoft acquired for $27 billion in 2016, finally sees Azure as reliable enough for its services.

2W Tech is a Microsoft Gold Partner and has IT Consultants on staff that specialize in Microsoft solutions. Give us a call today to learn more about how Microsoft Azure cloud can improve your overall business efficiencies.

Azure IoT At a Glance