HITRUST Keeps the Cybercriminals at Bay

The healthcare industry is getting inundated with patients suffering from the coronavirus, and their resources are being stretched to the brink. Cybercriminals have taken notice and are setting their sights on this sector for potential attacks. HITRUST now becomes more than an essential framework to maintain regulatory compliance – it could save the life of patients as well as the general public in these trying times.

According the HITRUST Alliance, the majority of publicly reported cyberattacks against hospitals have been either data breaches, ransomware, or medical device compromise. 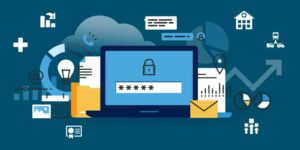 While the first two attacks have been in play forever, the growing connectivity through the Internet of Things is bringing medical device compromise to the forefront. The alliance believes there is a strong likelihood that some of the Internet-connected devices and systems may be inadvertently exposing information about us and our surroundings online, and that could potentially jeopardize safety and security.

Devices are often exposed for a handful of reasons, including:

Since an exposed device is reachable and visible to the public, attackers can take advantage of the available info about the machine either via Shodan or by directly profiling the machine using a variety of network tools such as nmap to collect information on the device and use the info to mount an attack on it. From there, cybercrooks could gain access to sensitive data, including webcam feeds, or use access to move laterally through the network to commit espionage, sabotage or fraud; or compromise cyber assets to launch DDoS attacks.

Other ways cybercriminals can attack the healthcare space include:

There are a lot of regulations for organizations in the healthcare industry to follow, especially if or when they operate internationally. The HITRUST CSF makes it easy for you to stay in compliance wherever you conduct business, join forces with 2W Tech to help protect your clients’ sensitive healthcare data. We have a Cybersecurity Compliance Program that is designed to support our clients’ compliance obligations. Call us today to get started on your HITRUST journey.

Is it Time for a Virtual Desktop Infrastructure?