Microsoft vs Amazon; no one thought the race to becoming the top cloud provider would be boring. In 2019, Microsoft won a contract with the U.S. Defense Department to provide services to the Pentagon through its cloud computing business, Azure. Microsoft beat out Amazon’s AWS for the $10 billion deal. Once this hit the news, many more eyes turned to watch the race unfold. 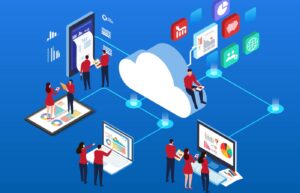 Many believed Microsoft landing the DOD contract signaled Azure was beginning to gain on AWS as the market leader in the space.  As it stand today, AWS still has more cloud market share than Azure. However, Azure’s revenue is growing faster year over year at 50%, compared to AWS’s 32%.

Azure’s growth can be attributed to more competitive pricing, getting a leg up due to its integration with Microsoft 365, with special cost savings such as three years of free security upgrades for companies already using Windows Server or SQL Server. Another nail in AWS’s coffin could be that currently over 95% of Fortune 500 companies now use Azure. Amazon is a big name, but in the world of technology, Microsoft will always come out on top.

2W Tech is a technology service provider specializing in solutions for the manufacturing industry. We are a Microsoft Gold Partner and have IT Consultants on staff that have been working with Azure cloud since it was first introduced in the market. Give us a call today to learn about the benefits Azure cloud can bring to your business.