With the passing of the Virginia Consumer Data Protection Act last month, the rest of the United States are beginning to follow suit. The California Consumer Privacy Act started this wave, and as the second state in the union to ratify such a measure, America is ready to protect its consumers, one state at a time. 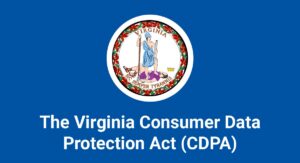 Virginia’s act is partially based on the proposed Washington Privacy Act, which is moving through that state’s legislature presently. The biggest difference between the CCPA and VCDPA is the lack of a private right of action, which means average people cannot sue companies from profiting off their data.

Virginia’s law does allow consumers to access, delete and stop the sale of their personal data. Companies will need consumer permission before collecting, using or disclosing particularly sensitive information such as racial or ethnic origin, genetic data and geolocation data. Enterprises also must protect user data from hacks.

The Washington Law, which passed the state Senate in March and is in the State House, offers the citizens to see, change or delete any of the personal information or data collected by a company. Numerous additional states like New York, Texas, Minnesota, Oklahoma and others are contemplating laws that are like Washington’s. Utah and North Dakota are among 23 other states that are in the process of passing a law, as well.

Don’t get caught off guard when your state or one your business is heavily involved with passes a consumer privacy law. Contact 2W Tech for help. We have a Cybersecurity Compliance Program that will keep you on the right side of industry regulations no matter what sector your business is in. Call us today to learn more.

CMMC C3PAOs Are on the Way