As news spread yesterday of the ransomware attack on a major U.S. pipeline, one major news outlet described ransomware as a relatively new type of cyberattack.

Ransomware has been around since at least 2012, so it’s difficult to describe a nine-year-old problem as “new.” Also, the number of ransomware attacks grew by 150 percent in 2020, with the average ransom demand coming in at $170,000. 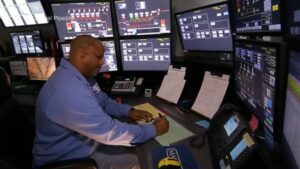 Ransomware reached a new level of disruption Monday as the Colonial Pipeline – which delivers 45 percent of the fuel consumed along the Eastern Seaboard – entered its third day of a shutdown. The hack was carried about by a cybercriminal gang known as DarkSide that considers itself a modern–day Robin Hood – they steal from corporations and donate some of the ransom to charity.

Colonial – a private, Georgia-based firm – expects to have service mostly restored by the end of this week. That’s a lofty goal for the worst cyberattack to date on critical U.S. infrastructure.

The White House has denied that there will be a fuel shortage due to the shutdown of the Colonial Pipeline, but a week without nearly half the fuel the East Coast needs is quite a burden for American infrastructure.

Don’t think ransomware can’t hamstring your entire organization in this manner. Instead, partner with 2W Tech to ensure you’re protected. Contact 2W Tech today to get started with your Cybersecurity Compliance Program and let our IT consultants do the work for you.