Most Dangerous Types of Desktop Malware

A recent report by Check Point summarized the top 10 desktop malware threats users need to be aware of. Thankfully, every once in a while, a security firm provides us with a glimpse into their data, revealing statistics about the number and type of current threats, and any noticeable spikes or dips in malware distribution. The other thing this report informed on is the fact the total number of active malware families grew by 15 percent. This means several months in a row when the company has detected a visible growth since reporting 50% increase from March to April. Check Point says the top ten most popular malware variants accounted for 60 percent of all detected events. 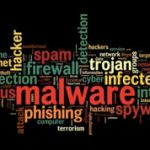 Below is the top 10 desktop malware threats that made the list:

Locky’s appearance on this list is no surprise, knowing that it received several updates in the past months and is spread via the massive Necurs botnet, which according to recent statistics gathered by MalwareTech, has over 6 million bots ready to send Locky spam. Locky was recently reported to by accountable for 97% of all malicious file attachments spread via spam email.
As you can see this list is no joke. Please take steps to ensure you are protected from outside threats. Your organization needs to ensure you have updated: anti-virus, anti-malware, operating system, spam filter, browser, and firewall. You also need to make sure you have a complete backup and disaster recovery solution should anything happen. 2W Tech has several IT Consultants on staff that specialize in Network Security and would be happy to do a network assessment in your organization to ensure you are protected from outside threats.
Email jackie@2wtech.com to set up your free network assessment.
Read More:
Should You Report Ransomware?
YES! You Still Need an IT Department