Just when you think you’ve avoided the latest ransomware attack, there’s a new one causing chaos on networks throughout the world. Make sure you’re not a victim by paying attention to the ransomware threats out there. 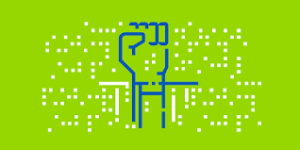 Here are a few your organization should be aware of:

2W Tech is a full-service IT consulting firm that has IT consultants on staff that specialize in security solutions. Give us a call today to ensure you don’t become the next victim of ransomware.

Signs it is Time to Upgrade Your ERP System

Steps to Improve Your Cybersecurity