Welcome to IT 101, where the experts at 2W Tech will tackle a hot topic in the IT industry and break it down for educational purposes.

“Hacker” used to be the catchall term for a person who used advanced computer skills to attack computers. That morphed into a variety of “hat” titles — white hat hackers for ethical attackers, gray hat hackers for vigilantes shaming organizations into fixing their vulnerabilities, etc. But those titles did not always accurately reflect the different motives and goals of the attackers. 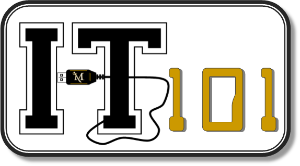 The following are more descriptive categories of hackers:

With so many potential threats to your organization, you should not tackle cybersecurity alone. Contact 2W Tech for help with your defenses.

SOC for Supply Chain is on the Way

The Need for Cloud Governance in Office 365