Is Microsoft Teams Heading to Linux?

At long last, Microsoft may be launching its Teams app for a Linux client. There has been online chatter about Microsoft finally releasing a Linux client for its collaboration tool, Slack recently launched one. Microsoft Teams already has Teams for Windows, Mac, iOS and Android, but despite calls from Linux users over several years, it has never released a Teams client for machines running the open-source operating system for reasons unknown. 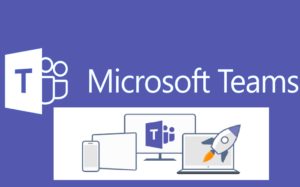 There are reports that a repo for a Linux Teams client was found, although it is empty. More evidence stems from a recent comment by a Teams engineer called Alex on the Teams Uservoice feedback forum, who suggests Microsoft is working on the answer by telling users on the thread to “stay tuned” and that Microsoft wants everyone to have Teams.

2W Tech is a Microsoft Gold Partner and has IT Consultants on staff that specialize in Office 365 solutions, including Teams. Get started with ensuring the security of your Microsoft products by giving us a call today.

Safeguard Your Data in OneDrive