Still think you have time to put off initiating an exhaustive cybersecurity plan for your manufacturing operations? You may change your mind after taking in some of the startling statistics gathered in Sikich’s 2019 Manufacturing & Distribution Report for 2019. According to the report, half (!) of the companies reported they had suffered a data breach or a cyberattack involving their computer systems or networks over the previous 12 months, including 11 percent that experienced a major intrusion. 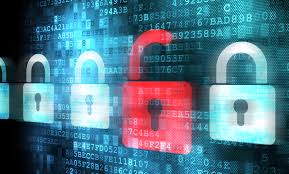 Although the prevalence of such attacks, 54 percent of executives said they are extremely or very confident in the ability of their companies to prevent or minimize data breaches or cyberattacks. This is where you, the 2W client, should be concerned: while 74 percent of executives at larger companies are extremely or very confident in cybersecurity at their companies, that number dips to 49 percent among companies with less than $500 million in revenue.

Why such a large disparity? Simply put, it’s a matter of resources. Larger companies are more likely than smaller ones to have taken actions to enhance their cybersecurity, including conducting cyber audits (63 percent versus 38 percent), hiring internal professionals with cybersecurity expertise (69 percent versus 37 percent) and performing phishing exercises on employees (63 percent vs. 31 percent).

Also, only 45 percent of larger companies reported that single executive is responsible for managing cybersecurity as their sole or primary directive. This figure dropped to 14 percent among smaller companies. Although having one executive with cybersecurity as their lone duty can ensure this facet of IT receives the attention it requires, it can prove difficult for SMBs to employ the strategy.

This report concludes that at companies where resources aren’t readily available, it may make more sense to consider outsourcing the entire cybersecurity program. That’s where 2W Tech steps in. There’s no need to attempt to tackle this part of your business on your own. Get a trusted partner like 2W in your corner to keep the cybercriminals at bay. Contact 2W Tech today to get started with your Cybersecurity Compliance Program.