When you read about the aftereffects a company feels from a data breach, you will probably breathe a sigh of relief and thank your lucky stars you weren’t attacked by a cybercriminal. After reading IBM’s 2019 Cost of a Data Breach Report, you’ll probably be ready to find money in the annual budget to fortify your defenses. 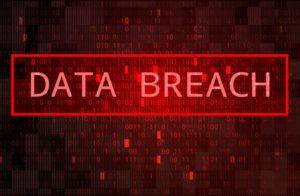 The annual Cost of a Data Breach Report, conducted by the Ponemon Institute and sponsored by IBM Security, analyzes data breach costs reported by 507 organizations across 16 geographies and 17 industries. The report discusses all the factors that influence the cost of a data breach and which security measures can help organizations reduce the financial impact.

This year’s key findings are staggering, to say the least:

For companies in the industrial sector, the average total cost of a data breach is $5.86 million, an increase of 3.4 percent from 2018. Each record costs industrial companies $160, which also increased by 5.1 percent from 2018. Industrial sector also is among the most vulnerable industries considering 57 percent of respondents had not deployed automation as of the time of the report.

The report doesn’t just focus on the negative, it also shares how taking action to prevent and mitigate data breaches can save companies big sums of money. For example, having an incident response team and encryption in place could potentially reduce the cost of a breach by $720,000. Also, the report state companies that had security automation technologies deployed experienced around half the cost of a breach ($2.65 million) compared to those that did not have these technologies deployed ($5.16 million).

Coming up with comprehensive security solutions to avoid data breaches or mitigate their effects on your operations is a large task. There’s no need your organization has to attempt this without help. 2W Tech has vast experience in the cybersecurity space. Contact us today.

© 2020 2W Tech is a full service Epicor ERP and IT Consultant. We offer Project and Managed Services, IT Infrastructure Solutions (both hardware and software), as well as specific industry solutions. For more information, call 312.533.4033 or click here.